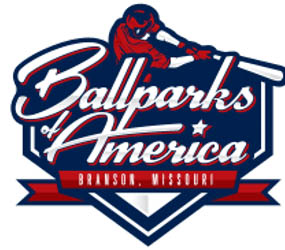 Since its opening in the summer of 2016 Branson Missouri’s Ball Parks of America has been a premier baseball tournament venue for youth baseball and softball. Among other important events, it hosts the Cal Ripken/Babe Ruth Major 70 World Series in August of each year.

In recent months, it has undergone a change of ownership. This article explains why the new owners purchased it, their passion for the park, and visions for its future:

“Ballparks of America opened in the summer of 2016 featuring replicas of 5 classic ballparks. The ballparks – focused on youth baseball and softball – are two thirds scale replicas of Chicago’s Wrigley Field, Boston’s Fenway Park, St. Louis’ Busch Stadium, Detroit’s Tiger Stadium, and Brooklyn’s Ebbets Field. Since opening, visitors to the Ballparks complex have produced an estimated $50 million in economic impact to the Branson area through various tournaments, events, and activities.

“In February [2020], Ballparks of America began a new chapter as a group of four local businessmen from Springfield, MO, Greg Snider, Paul Satterwhite, Dale Helle, and Steve Strobel, purchased the complex from the original developers and operators of the Ballparks of America tournament experience…. The ownership group is passionate about youth sports and its impact on children. “We have really enjoyed the overall experience that Ballparks has provided for our kids,” Snider commented. “The summer week-long events have allowed them to play against strong competition from across the United States and has provided them with an experience that will stay with them for the rest of their lives.”