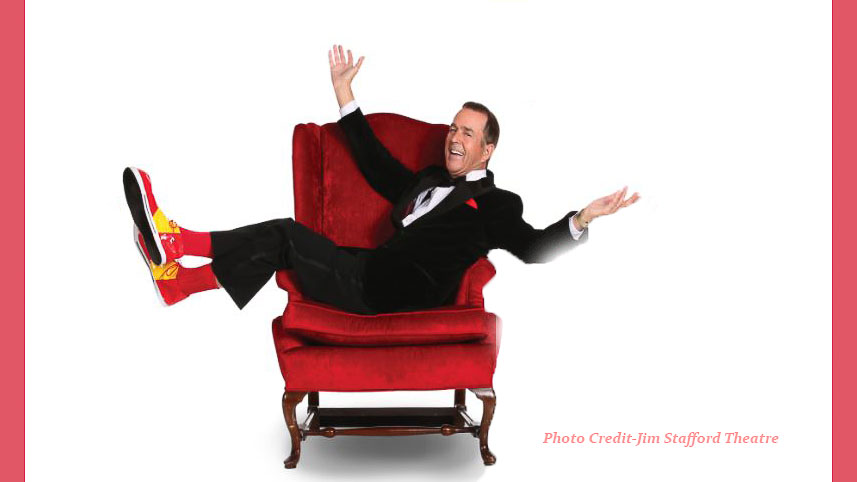 Jim Stafford has been entertaining audiences since the 1970’s and has been called the “consummate entertainer.” Jim keeps his audiences laughing with his unique comedy banter and skits. Musically, he sings , writes songs, and plays a variety of musical instruments including the fiddle, banjo, piano, and plays the guitar so well that he is considered a “guitar virtuoso.”

A series of catchy hits such as his most popular hit,” Spiders & Snakes,” rising to “No. 3 on the Billboard Hot 10,” “Swamp Witch,” “My Girl Bill,” and “Wildwood Weed,” launched his career nationally. Celebrating his 28th year in Branson this year, he came to Branson and started the Jim Stafford show in 1990; 2018’s show is a celebration of those 28 years. With almost three decades of material to draw from, as well as his unique combination of talents, this is a celebration that should not be missed.

Some of the old with new vocals, new stories and new instrumentals

Stafford says, “I’ve got new vocals, new stories and new instrumentals I’m working on. There’s one new instrumental piece I’ve been working on for the past 16 months, and the reason why is because it’s hard.” He also indicates that as he has added new elements to his show through the years that some really “good bits fall by the wayside.” Stafford says that in addition to the new material, he’s decided to bring back some of his favorites from the past that he hasn’t done in many years.

What do people who have seen the show think?

One person who saw the Jim Stafford show recently said he was a “comedic genius” and suggests that his style and timing is reminiscent of the likes of Tim Conway, Phyllis Diller, Rodney Dangerfield and Elmer Fudd. They concluded saying, “Jim Stafford is the real deal. An extraordinary entertainer.” Another said, “Jim’s blend of music and humor will keep you giggling and entertained throughout the show…So glad we went!”