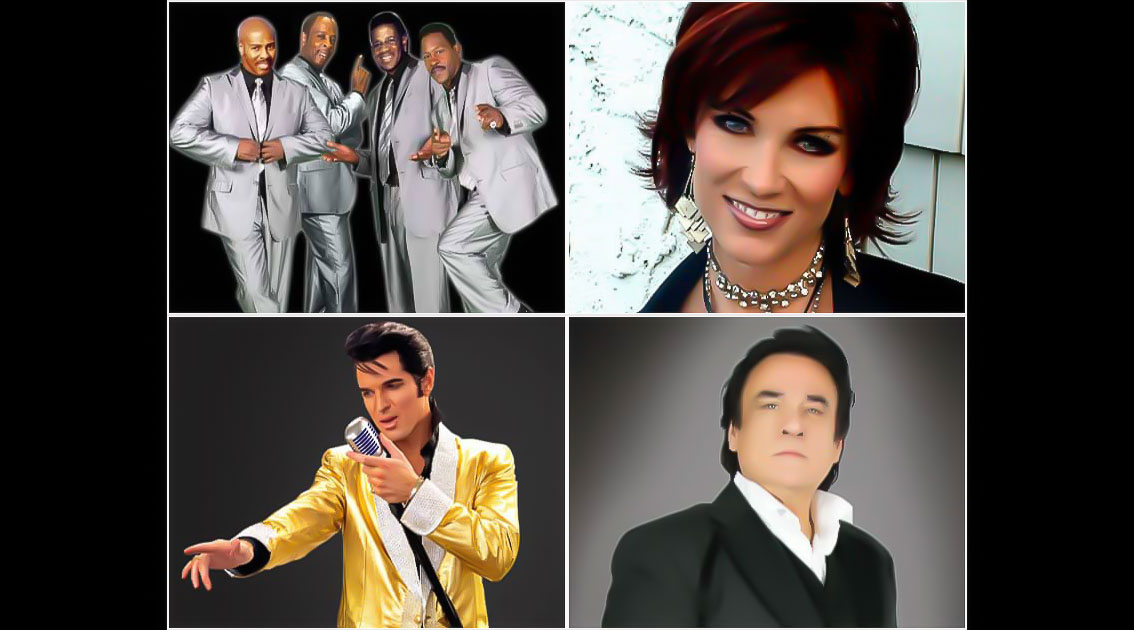 Horton said just the talent of the tribute artists themselves would be a wonderful entertainment experience, but there’s much more! That talent is showcased and presented in a full production spectacular with amazing choreography, a live band, an amazing cast of dancers and backup vocalists, and unbelievable costuming and special effects. “These are the same acts, amid the same quality production, that Legends in Concert is famous for and presents in Las Vegas and its other venues,” she said.

The 2018 Branson Legends in Concert season runs from February 2 through December 31 and is divided into four periods, Spring, Summer, Fall, and Christmas. The Blues Brothers and Elvis are featured in every show along with three other acts which change with each period. Horton also points out that several of Legends in Concert’s award-winning Elvis Tribute Artists, including Dean Z, Cody Ray Slaughter, and Ryan Pelton, are scheduled to perform “Elvis” tributes at different times throughout the year.

The schedule* of super “legends,” and the tribute artists scheduled to perform in Legends in Concert during 2018 is:

* Schedule Subject to change without notice

Click here for more information or tickets for Branson’s Legends in Concert.